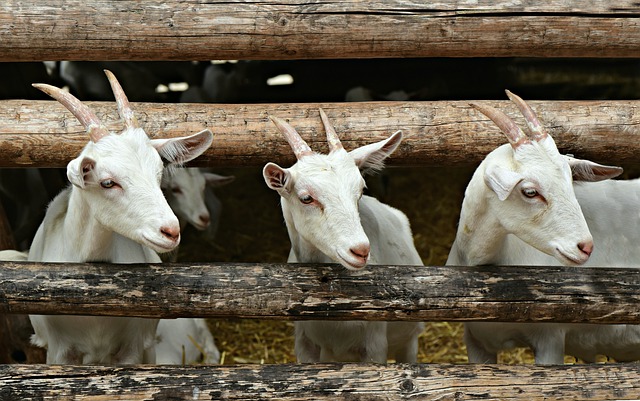 1. The Value of Guardian Animals

Guardian animals are an investment not only in the health of livestock – they reduce stress levels and that can lead to weight gain – but animals such as Lamas, dogs, and donkeys also keep livestock safe from predation. That weight gain adds to the bottom line, so these animals offer an exceptional return on investment.

The choice of which guardian animal to choose will depend on the type of livestock as well as limitations in terms of space – and the animals that are preying on the livestock. There are also a number of other animals that are not classed as ‘guardians’ – but that can be tremendously useful. For instance, barn cats can help to keep rodent numbers in check. That can be of tremendous use to those farms that are focused on the production of eggs – one of the favourite foods of various rodent types. Roosters can serve as watch animals that will alert you if the flock is in any danger. Research is key to finding the right animal to ensure the safety of livestock.

One of the key factors to getting the best out of guardian animals is to introduce them to the animals they will be protected as early as possible. Raising them with herd has a number of benefits. Guard dogs will follow the routine of the household, however, Llamas and donkeys are housed with the animals they are protecting and follow their waking and sleeping schedules. These types of animals are tremendously protective of herds and are also aggressive in their protection of herd members. They operate 24/7. However it is worth noting that donkeys and dogs are not great companions – it is the donkey’s abhorrence of canines that makes them fabulous protection against predation by coyotes and wolves.

2. The Importance of the Buddy System

Animals that share fields or living space can be complementary when it comes to protection. A great example is goats and cows. the large size of bovines makes them an intimidating target for predators. Cows, as herd animals also tend to form closely knit groups. In numbers, they tend to remain firm in the face of predators – which again can serve to protect other, smaller livestock.

3. The Importance of Fencing

Investing in fencing is a strategy that pays immediate dividends. However, fencing is not the solution to all types of predation. For instance, coyotes can squeeze through the smallest of gaps in fencing and aerial predators such as eagles will attack from above. But, there are some fencing solutions that are more effective than others. The electric mesh will deter many predators – and are a more effective barrier than single or even double-strand electric fences. Plant-based fencing is also an alternative that deserves attention. Not only do the root systems prevent erosion, but also act as windbreaks. As far as birds of prey are concerned a network of the fishing line above a chicken coop will prevent predation. Reflectors such as old CDs are a cost-effective deterrent. Motion detecting lights that will activate automatically at the edge of a property can also provide peace of mind and protect livestock from ground-based predators. Check out JB Corrie to see their services of fences.

Changing the way that you do business can have immense benefits. Keeping grazing schedules fluid and moving livestock on a regular basis will also disturb predators that often rely on routine to engage in predatory activity. Knowing the habits of predators will allow you to be proactive in keeping livestock safe. Coyotes are most active in Spring and Summer when they predate on livestock in order to feed their litter. Timing livestock births so that they do not coincide with this activity can help protect the more vulnerable newborns.